Unfortunately, Icons: Combat Arena has been cancelled the 5th October 2018.

I worked on rendering and special effects, in collaboration with art director Joshua Singh and senior vfx artist Kris Orpilla. I had to create a variety of shaders and work on special effects that fit with concepts and ideas and be easily editable by artists.
I also made some lighting experiments to improve lighting quality and iteration time for each levels.

“Matthieu is a wizard. I could give him concepts of shaders or effects I wanted to see in-game and he would have a prototype in lightning fast speed. it’s rare to find a programmer with an artists eye and sensibilities. I would absolutely work with Matthieu again. He’s kinda my secret weapon and I’m questioning writing this recommendation because I want him all to myself…” 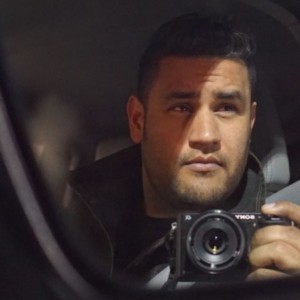 I developed an advanced character shader that would keep physically based workflow so artist won’t have to change their habits but I added other artistic controls and features to achieve this stylized look and be highly and easily editable.

To fasten iteration time we decided to use Amplify Shader Editor and because of the big amount of controls and options, I also developed an easy to use material inspector.

I also developed a dissolve effect with multiple features and masking type options.

In addition to the previous tasks, I worked on some special effects, that required some specific shader features, such as a new interactive shield effect a portal effect used in the loot box phase or a hologram that could be spawn by players.

Those effects were also crafted using the Amplify Shader Editor to fasten iteration time and ease edition by artists.

Building a level is not an trivial task, to fasten lighting iteration time for each levels, I experimented about some optimisation to fasten and ease light baking time.

In addition to lighting optimizations, I also made some experiments about lighting rendering style to better fit the art direction and reach the desired results.

As another example concerning lighting, I experimented about having more control over light penumbra color and size to achieve the desired effect or mood.