I decided to experiment about terrain rendering after I discovered and watched a video made by Andrew Hamilton about Level Construction Kits for Star Wars: Battlefront from DICE. This video illustrates high quality assets and effects used for the game, it was really inspiring.

The first topic in which I wanted to dig in is texture repetition. When using tiling on a huge terrain, some patterns appear which are caused by texture tiling. To avoid such visual issue I decided to break repetition by applying different algorithm such as simple offset and orientation randomness that can be blended using a smooth Voronoï pattern or by creating virtual variation patterns.

Each algorithm has it’s advantage and drawbacks and must be selected according to the situation.

I also experimented about how objects blend with terrain.

By default there’s a hard intersection between those and even if there are some easy workaround to fix this, I decided to push it to the next level by implementing and automatic smooth blending effect that helps merging terrain and any object that intersect with it.

This effect helps keeping consistency and immersion for the whole environment and reduce the action needed by artists when building it. 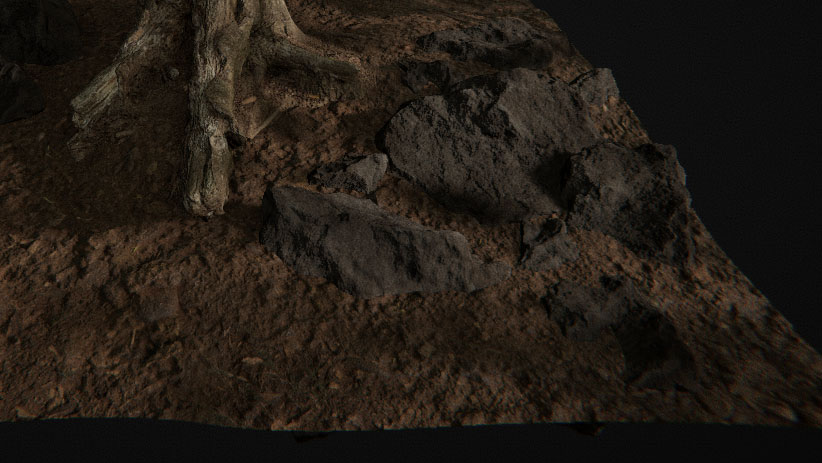 While experimenting with those techniques, I discovered the new The Last of Us 2 trailer by Naughty Dog which really inspired me. I decided to mimic the environment we see in the trailer using Quixel and Unity.

I enjoyed playing with lighting, post-processing and environmental effects and with all the features available in the High Definition Render Pipeline.

This capture is visible on Polycount Recap of July 2018.